Do you have questions about the selection process for Dean’s List within the FIRST Chesapeake District?  Described below is the current plan for how the Dean's List Award (DLA) judges will be selecting the Dean's List Finalists from the FIRST Chesapeake District.  We will keep you informed and updated if any changes to this process are made during the season.

The DLA judging team will hold Dean's List interviews at five of the local district events — Haymarket, Bethesda, Richmond, Edgewater and Portsmouth. Our Dean's List District Manager, Stephanie Lockhart, sent an email to all the mentors February 20th to notify them of their assigned interview location.  There will be the opportunity to select a different venue (from the five), if the one assigned is a major conflict for the DLA nominee.  If you nominated two students, BOTH students must be interviewed at the same event.

Students will be randomly assigned to a time slot for an interview on the Saturday of the event. The interview schedule with assigned times will be posted at Pit Admin on Friday afternoon/evening. Students may change their time slot. However, it will be the student’s responsibility to find another student who is willing to switch interview slots with them.

Each DLA judging team from the five interview sites will select two to three semi-finalist to advance to the District Championship. The semi-finalist selected at these district events will be recognized during that district award’s ceremony.  These semi-finalists will be interviewed a second time at the CHS District Championship Sponsored by Newport News Shipbuilding on Saturday April 4th. The Dean's List Finalists from the FIRST Chesapeake District will be announced during the Awards Ceremony on April 5th.

In case of Inclement Weather the day of
a FIRST Chesapeake Event,
Please call (804) 404-6653
after 5am for updates 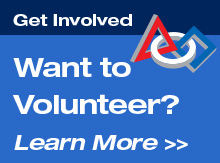